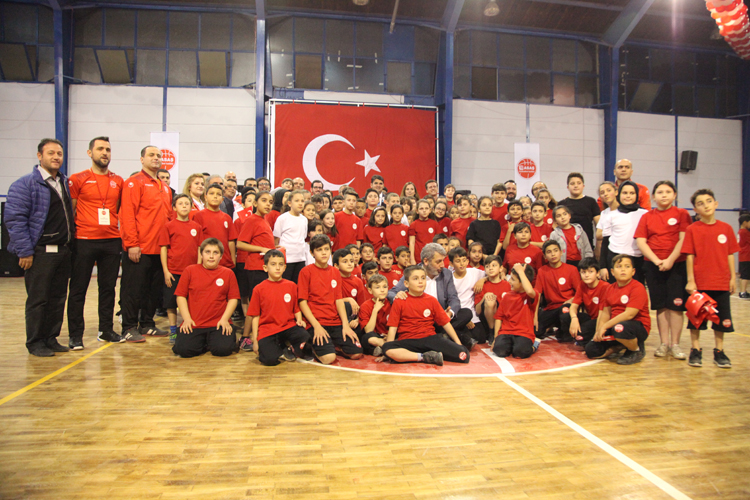 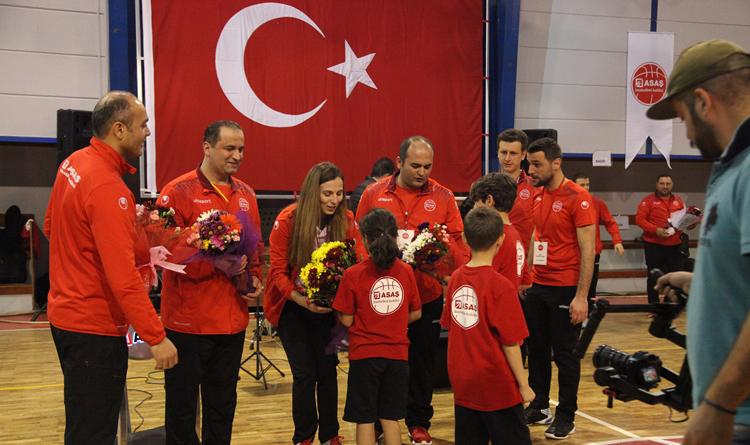 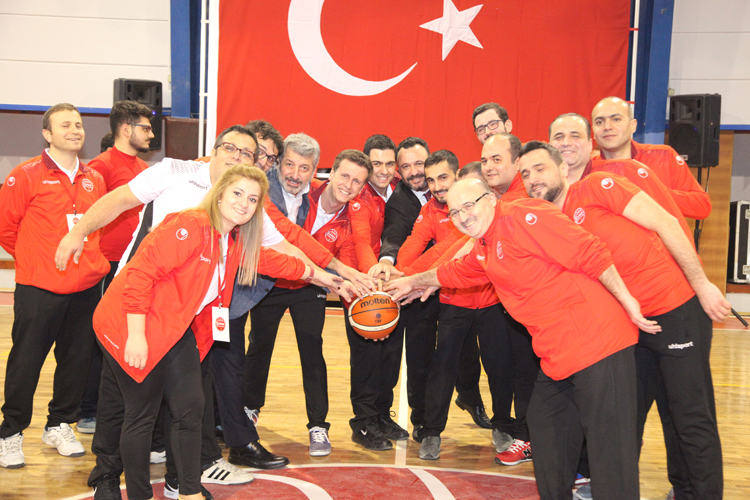 The suggestion to establish the ASAŞ Basketball School, which was opened especially on November 24, The Teachers’ Day, came from the ASAŞ employees. The suggestion is approved because it was in compliance with the corporate responsibility strategy which the firm focused on the children, and actualised within a very short period with the contributions of the voluntary team established by the employees.

The opening ceremony of ASAŞ Basketball School performed with the attendance of District Governor, Provincial Representative of Turkish Basketball Federation, Provincial Sports Manager, and the players and coach of Sakarya Metropolitan Basketball Sports Club which plays in the Super League. The ceremony started with the entrance ceremony of the children into the saloon, after the opening speeches continued with the presentations of the Project team. Karizma show’s trampoline Show increased the enthusiasm in the saloon and the shooting Show of the children and adults had great applauds from the audiences. The activity ended with the song named ASAŞ Is Mine and the balloons.

Within the scope of the Project, the children of ASAŞ employees who born between 2004 – 2008, residing in the province of Sakarya, and having no health obstacles for playing basketball, determined and the personal attendance forms are delivered. There was a request for attending above and beyond the expectations, and a remarkable demand came from the girls, and it was welcomed with happiness by the organization team. The excitement in the children’s eyes and the support of their families has been a motivation source for the whole ASAŞ team in terms of the future of the project.

As a preparation for the Basketball School, ASAŞ Youth and Sports Club and Social Responsibility Teams under ASAŞ collaborated and made synchronized studies in order to renew the broken Windows of the basketball saloon and the flooring polish, to have the training uniforms prepared, supply the training equipment, and opening organization, the coaches prepared the annual training plans. The trainings, which are planned to be continued through the year, shall be administered by 2 professional licensed coaches and 4 assistant coaches who are the volunteers of “ASAŞ Is Mine”. In case a team is formed as a result of the selections, to start the preparations for official competitions which shall start in February, and to grant official licence of ASAŞ Basketball Club’s sports player licence  to the player who have been selected for the team are among the goals. As the aim is to endear sports to the children, the trainings for the children who have not been selected for the team, shall continue within the year, and a participation certificate shall be given all of them by ASAŞ ACADEMY.

The ASAŞ Family, which started to its way with a corporate social responsibility vision, is raising little giant men in the basketball school, which it has established, with the faith of making positive touches on the children’s life within the region is the most correct human resource investment. ASAŞ aims to raise the children as more successful individuals in the life due to the socialization, avoidance from bad habits, discipline, and healthy life opportunities which the sports love and culture shall provide.